11 Things You Didn't Know About Shaving

Everything you didn’t know about the most important part of your morning.

A wartime must? A trick to winning a gold medal? A sign you’re off the market? Here’s everything you didn’t know about the most important part of your morning routine.

1. Shaving helps hair grow back faster, thicker and darker than before, right? Eh, not so much. A forensic anthropologist named Mildred Trotter debunked this myth back in 1928, when she asked three college students to shave their legs, ankle to knee, twice weekly for eight months. Using a microscope, she compared each student’s hair growth rate, color and thickness. The conclusion: Shaving had no impact on hair’s texture or growth.

2. Alexander the Great was an early advocate for shaving, but his preference for a clean-shaven face was purely practical. According to Encyclopedia of Hair: A Cultural History, the Greek leader believed beards were “dangerous in combat, where the enemy might grab hold of them.”

3. Ancient Egyptians would often shave their eyebrows when a family cat died, as a way to mourn their loss.

4. There’s a reason you don't see wrestlers with a five o’clock shadow. Olympic rules require wrestlers to have either a full beard or none at all, as stubble can irritate an opponent’s skin.

5. Swimmers, on the other hand, don't have to be clean-shaven but often are, because body hair can slow them down a bit. One notable exception is Mark Spitz, who won seven gold medals at the 1972 Olympic Games while sporting his trademark thick mustache. He jokingly told the press that the ’stache gave him a competitive edge, as it deflected water away from his mouth. But not everyone got the joke: At international meets the next year, members of the Soviet national swim team all sported mustaches.

6. If you have your heart set on the Oval Office, you'd better be clean shaven. There hasn’t been a hirsute U.S. president since William Howard Taft was in the White House in 1913, and the last major party candidate to have a beard was Charles Evans Hughes in 1916. Theories abound, but one persistent one suggests that beards are associated with communists, hippies, and very old men who are set in their ways—three things that have turned off many American voters.

7. If you want to know if an Amish man is married, look at his face. Instead of wearing a wedding ring, men stop shaving their beards when they marry. They reportedly continue trimming their mustaches, though, to avoid the appearance of being associated with the military.

8. Beards were traditionally popular among soldiers, right up until World War I. All U.S. soldiers received then-newly invented disposable razors and were encouraged to use them, because excess facial hair interfered with the closing and sealing of gas masks.

9. “Shave and a haircut” is a musical riff often used for comedic effect, but it served another purpose as well. During the Vietnam War, it helped American POWs communicate covertly with each other. One captive would knock out the first measure on the shared wall, and if the other captive replied with the correct second measure, it likely meant he was an American and was therefore able to communicate using the code.

10. When his regime collapsed in 1867, the last Emperor of Mexico, Maximilian I, considered fleeing the country. But the proposed plan involved him shaving off his beard, which he felt would make him look undignified, so he stayed put.

11. For reasons still unclear, Parliament fired the personal barber of Charles I of England. Famously slow to trust others, King Charles never shaved again, for fear that a new barber would try to kill him.

Dan Lewis is the author of the popular daily newsletter Now I Know, which shares something interesting every day. Mr. Lewis is compensated by The Art of Shaving for articles posted in this blog. 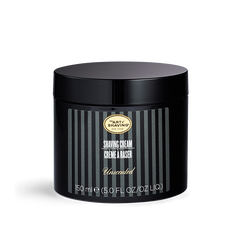 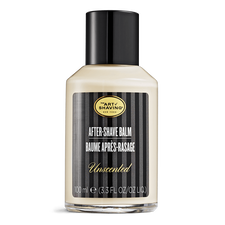 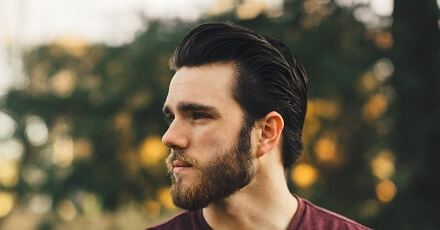 There's more to that patch of facial hair than meets the eye.