There's more to that patch of facial hair than meets the eye.

There's more to that patch of facial hair than meets the eye. Presenting: 13 little-known high and low points in the history of beards.

1. Members of ZZ Top are as famous for their full, long beards as they are for any of their songs. But not everyone wanted them to keep the flowing facial hair. Lead vocalist and guitarist Billy Gibbons and bassist Dusty Hill were once offered $1 million to shave their beards for an ad. To no one’s surprise, they declined.

2. In 1860, an 11-year-old girl named Grace Bedell wrote a letter to then-presidential hopeful Abraham Lincoln, encouraging him to grow a beard to attract more votes. “[Y]ou would look a great deal better for your face is so thin,” Miss Bedell wrote. “All the ladies like whiskers, and they would tease their husbands to vote for you and then you would be President.” By the time Lincoln left for the White House, he was fully bearded

3. Talk about holding a grudge. Valentine Tapley, a Democrat from Missouri, vowed to never trim his beard if Abraham Lincoln, a Republican, won the presidency. When Honest Abe took office, Tapley stuck to his promise. At the time of his death, 50 years later, his beard measured an impressive 12 1/2 feet in length.

4. The world’s longest beard—17 feet, 6 inches—belonged to a man named Hans Langseth, who died in 1927. Mr. Langseth understood the historical value of his facial hair and ensured it was preserved for posterity’s sake. The impressive facial hair is now part of the Smithsonian Institute’s permanent collection.

5. In 2013, Sean Conway became the first person to swim the length of Great Britain. But paddling 10 miles a day for four months straight wasn't easy. One of the first challenges Conway faced? Jellyfish, which continually stung his face. So the ever-resourceful record-setter decided to quit shaving and grow a beard to protect his skin from painful stingers. The plan worked like a charm.

6. If you wanted to sport a beard during the latter part of Russian Tsar Peter the Great's reign, you'd better willing to pay the price. Literally. Peter's goal was to modernize his motherland, and he saw long beards as a relic of a bygone era. To discourage them, he taxed any man who grew one.

7. Brigham Young University won't allow male students to have beards, though the school will make exceptions for religious or medical reasons—with heavy restrictions. The wannabe hirsute student needs to shave for at least three days straight and then visit the Student Health Center to show an on-campus doctor the “serious skin condition” that requires the facial hair.

8. The United States once hatched a plan to taint some cigars intended for Fidel Castro. The end goal wasn't to off the Cuban leader but to make his beard fall out, which would make him appear sickly and weak to his subjects. The plan was never put in action.

9. When King Henry VIII famously split England from the Catholic Church, not all Englishmen were fans of the move. Sir Thomas More was one of the more prominent citizens to object and, for failing to support the Anglican church, was executed by decapitation in 1535. Legend has it that moments before his death, More positioned his beard so the ax would miss it. He allegedly explained to the executioner that his beard was innocent of the rest of his body’s crimes.

10. Mustaches and manliness go hand in hand—at least if you’re in Turkey. Struggling to grow a ’stache? Some doctors will perform a hair transplant, taking strands from other spots on your body and affixing them under your nose.

11. Before the year 2000, if you wanted to work at Domino’s Pizza, you had to be clean shaven. The company changed its no-beards policy after a Sikh employee sued for discrimination, claiming his facial hair was religiously mandated. But the pizza chain maintained it had other reasons for allowing beards, including growing societal acceptance of goatees and difficulty attracting new employees.

12. In the 1700s, soldiers in the Prussian Army were expected to sport beards, and if they couldn't produce enough hair, they were instructed to draw a beard on their faces.

13. In 2000, the Irish beer maker Guinness conducted a study to see how much of their brewskis got caught in the beards of UK men. According to the findings, the average beer drinker downs a pint in 10 sips, and roughly half a milliliter gets caught in the facial hair. But don't reach for the razor just yet: That's only one-tenth of a percent of one brew.

Dan Lewis is the author of the popular daily newsletter Now I Know, which shares something interesting every day. Mr. Lewis is compensated by The Art of Shaving for articles posted in this blog. 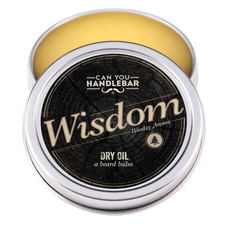 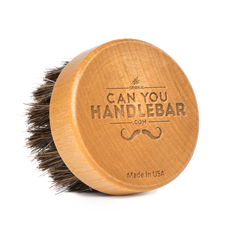 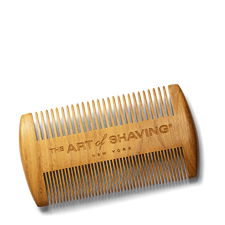 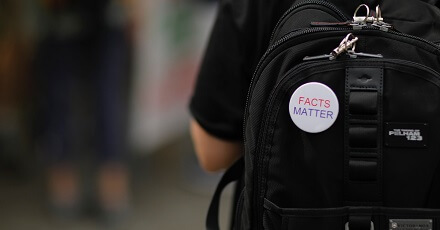 11 Things You Didn't Know About Shaving

Everything you didn’t know about the most important part of your morning.