The Main Types of Razors for Every Man

back to blog
join the brotherhood

when Were Razors Invented and the History of Shaving

The modern razor has been continuously evolving for over a century.

From single-blade safety razors to five-blade cartridges, The Art of Shaving has created a collection of razors to suit the needs of even the most discerning gentleman. The Perfect Shave® awaits.

Credit for the first person to devise a safer razor is typically given to Jean-Jacques Perret. In the late 18th century, Perret was inspired by a joiner’s plane, a tool used for shaping wood that securely holds a blade in place. His razor design included a shielding to prevent the user from cutting himself.

Throughout the 19th century, dozens of patents emerged for razors designed to shield the blade and protect the user, most of which were variants and evolutions of Perret’s initial design.

In 1901, King Camp Gillette invented what most closely resembles the modern safety razor, featuring a double-edged blade held between top and bottom shields. Gillette was an innovator in that the blades were easily disposable, ensuring that the user was shaving with a sharp blade. Similarly, safety razors today carry disposable blades and do not need to be stropped to maintain an edge.

In 1971, Gillette introduced the first cartridge razor known as the Trac II. This razor featured removable double-blade cartridges that were snapped into place on a permanent razor. Since that time, cartridge blades have evolved in many ways and have featured pivoting heads, moisture strips, wire guards, vibrating handles, and more blades for an increasingly close shave. Learn more about blades below.

There are many types of razors, and each type serves a different need for its user. Take a look at the types and what makes each unique.

Safety razors include a disposable double-edged blade for control and a close shave.

Useful for all hair types and style needs, electric razors have been around since the 1930s and have evolved to becoming a must-have shaver for precision styles that is durable. Many are waterproof and have different attachments for different hair lengths.

Take a look at the razors we recommend and some of their features so you can determine if they are a good fit for your shaving needs.

With five blades for a close, precise shave and chome-plated accents the Lexington Collection 5 Blade Power Razor includes an LED power indicator and black satin aluminum finish for a sleek looking razor you can depend on.

With smooth handling and a look that brings back the style of vintage race cars, the Morris Park Collection Jet Black 5 Blade Razor includes chrome details and blades so you know you’re getting the closest shave possible.

Do you enjoy a hot towel shave at the barbershop? Experience that level of comfort at home with the Heated Razor by GilletteLabs.

With a nickel plated head and ivory acrylic handle, the Ivory 5 Blade Compact Razor provides balance and a comfortable shave during each use.

For a unique three blade razor that is balance and properly weighted, look no further than the Classic Horn 3 Blade Razor.

If you’ve decided the Heated Razor is the right razor for you, be sure to stock up on razor refills that include lubricated strips that help improve the glide of the blade as you shave.

Use the Chrome Heavyweight Safety Razor for improved grip on the shorter handle and a rust-free handle that will last for years to come.

With a double edged razor that extends the life of the blade, the R106 Short Black Safety Razor allows for better control during shaving and includes a closed comb design to help with precision as you shave.

Achieving a close, comfortable shave is as much about the tools you use as the technique. Here are some tips to help you minimize nicks and cuts and irritation.

If possible, shave after a hot shower. Begin with a Pre-Shave Oil or gel to help protect your skin and soften your beard.

Lather up with a quality shaving cream and badger hair shaving brush. The brush helps lift the beard and exfoliate the skin.

Dip a clean, sharp blade in hot water, and shave with the grain of your beard. Do not apply too much pressure—a sharp blade and well-balanced razor will do the work for you. If a closer shave is desired, lather up again and shave across or against the grain.

After shaving, rinse with cold water and apply After-Shave Balm to soothe, refresh and regenerate your skin. Avoid after-shaves that contain alcohol; these can irritate and dry out the skin.

Find the Right Razor for You

Talk with one of our shaving consultants to find the razor that works best for you, and shop our razor collection today! 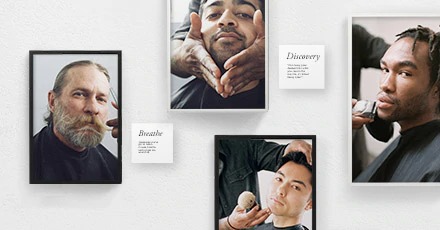 what do you see when you look in the mirror 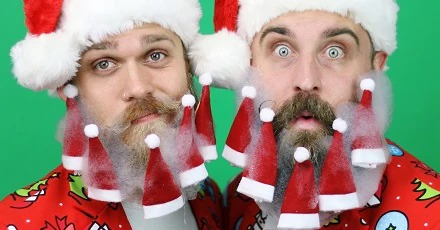 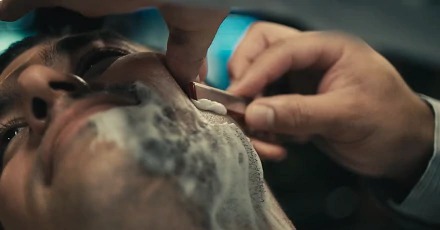 SECRETS OF A MASTER BARBER