I have worked in men’s grooming for almost 13 years and during that time, I have tried a lot of products and a lot of gimmicks. Some I have thoroughly enjoyed and incorporated into my grooming regimen (like an exfoliating power brush) and others I have laughed off into the trash (I’m not going to throw anyone under the bus).

When I first heard about the Heated Razor that was being developed I was both intrigued and skeptical at the same time. I already use a shaving brush with hot water to generate a really nice, warm lather. So why would I need a heated razor on my face? Surely this would be a nice shave, but I didn’t see myself using it long term.

I received a Heated Razor ahead of launch and decided to take it for a spin one morning using The 4 Elements of The Perfect Shave (Pre-Shave Oil, Shaving Cream with a Shaving Brush and as usual, finish off my grooming with an After Shave Balm – which I use daily whether I’m shaving or not). I started with a clean face, applied my Pre-Shave Oil (I’m a big fan of the Bergamot & Neroli aroma, especially since its spring) and lathered up with my brush. I turned the razor on and within a second the lights were lit up in yellow. I knew this meant it was the lower temperature setting, so I pressed the button until the buttons were glowing orange for high heat.

I took my first stroke and began shaving my cheek area above my beard. I wish I had video of this moment because I started to chuckle to myself. Not because anything was particularly funny, but because I was shaving with a “gimmicky” heated razor while experiencing the best shave I had ever had. The heated bar distributed heat to my face before the blades passed and the result was like a hot knife cutting through butter. I finished my shave and have to say it was amazing! But was I sold? Almost, but not quite.

I decided to change the blade and leave it in the bathroom for my partner to shave his head (which he does about every 3 days). I gave absolutely no background other than “try this new razor and tell me what you think.” Again, I’ve been in grooming for a while and he has tried almost everything under the sun, but has a bit more cynicism for new products.

A few days later we were getting ready for an evening out and he decided to shave his head before we departed for a night out in Miami. He finished getting ready and I casually asked (almost as if I had forgotten) how he liked the new razor. “Oh, that? Yea… hands down the best head shave I’ve ever had. We’ll need some more blades for it and you’ll probably want to get your own.”

I did have to laugh at that because what I thought was going to be just a gimmick has turned into our favorite razor by far. I can see us both using this razor for years to come!

*Buck Dutton is an employee of The Art of Shaving, a P&G company.

Learn More about the Heated Razor 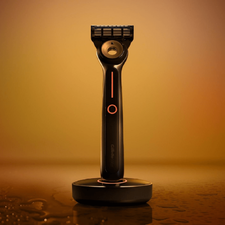 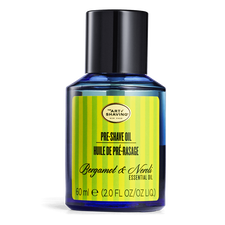 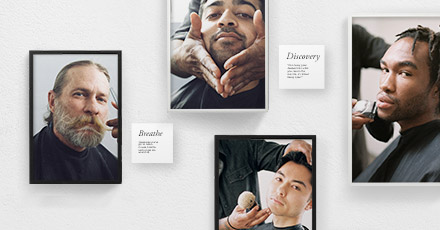 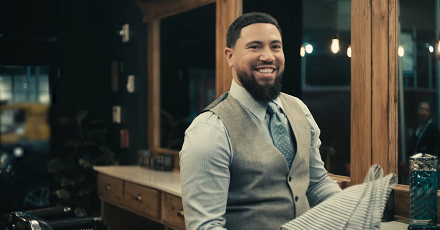